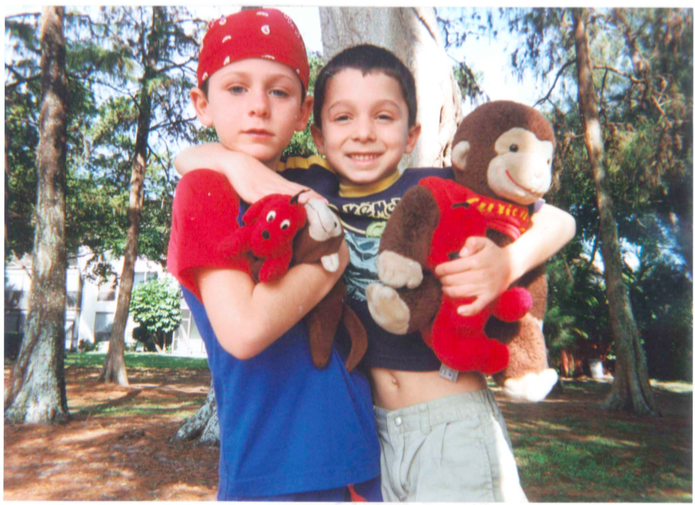 My son doesn’t like to play sports. And I’m okay with that. I’m not so sure about the rest of America, though. In our culture, it seems that boys who aren’t interested in sports are quickly set apart from the other boys on the block. At least that’s what happened to my son, Jake, and he hadn’t even gotten out of first grade yet. His mornings at the school bus stop were spent standing self-consciously over by the girls and all the moms while the other boys played football. There was nowhere else to stand. Recess was no picnic for him either, and I don’t even want to think about phys ed.

Big, strong, athletically gifted boys have always dominated the social landscape of childhood. They have a self-possession and a jaunty physicality that make the other kids sit up and take notice. But it’s their intense love of sports and fierce desire to win anything and everything that really sends these boys to the top of the heap—especially in America, home of the Marlboro Man and seven-figure pro athlete salaries, and where it is assumed that being faster, stronger, louder, or mightier is always going to be better.

It’s no surprise to anyone who spends time around children that many boys simply don’t match up with that standard-issue high-octane, sports-loving, risk-taking, heat-seeking missile of a kid most people in this country think of when they think of boys. Those boys have different interests, and different skill sets. Some of them might have learned that they can create more magic with their imagination or music or overt kindness than with their feet. The problem is that most five or seven or ten year old boys are more impressed by how fast someone runs than with how creative or compassionate he is. Things get better as they all get older, but that’s a long time for a kid to wait on the sidelines.

Oh—did I mention that Jake has a twin brother, Austin, who happens to be an exceptional athlete?

So there I was, with these two little boys to raise, each so different from the other, plus their older brother, Casey. It’s human nature for children to compare themselves with their siblings, but I thought it a little unkind of Mother Nature that one of the twin’s aptitudes would likely be much more in evidence than the other one’s during the same span of development.

One challenge I recognized was the need to cultivate a climate at home that would protect Jake from internalizing the cultural expectation that he should like sports, and at the same time support and celebrate Austin’s many athletic victories. I also wanted to protect the relationship between Jake and Austin, which was close and tender, from the influences of school yard social ordering that I worried might threaten to polarize the two boys.

Probably the best thing I did was to open up a dialogue early on with all three of my boys about these issues—collectively and individually. Many parents are afraid to mention anything to their nonathletic sons about the ways in which they’re different from their peers, fearing it will make their boys more self-conscious, or worse—ashamed. Or they address it only indirectly, in the form of repeatedly encouraging the child to continue trying different sports, despite multiple and obvious fails and the child’s frank objections. Some parents don’t say anything about it at all, leaving boys to figure out on their own where they belong and who they belong with as they navigate complex social, academic, recreational, and family environments.

I remember explaining to Jake, when he was around six or seven years old, why it was that the things Austin did well got so much more attention from the other boys than the things he did well. “For one thing,” I said, “Austin’s talents show up on the outside, so they’re easy for other kids to see. Yours are on the inside, and they’re harder for kids to see. And here’s the other thing—a lot of boys your age believe that the most important thing in the world is how fast you can run or how many times you win a game. They’re not thinking about the talents a person can have on the inside that show up when they’re a little older.” Jake finished putting on his pajamas and sat down next to me on his bed.

“You know,” I said, taking his hand into mine, “it’s true that most boys like sports and being on a team, but not all of them. I think it’s hard right now to find these other boys because you don’t know who they are. Plus, a lot of them may be shy, like you. But you will find them, and they’ll find you too.”

Jake did Boys Scouts for a little while and went to summer camp where he met other boys who liked the art and nature programs a whole lot better than the sports programs. But it wasn’t until high school that he really started connecting with kids who enjoyed what he enjoyed—reading, watching character-driven movies, and engaging in a good debate.

Jake and Austin are juniors in college now, and still very close as brothers. While Austin is being recognized for his agility and hitting and base running on the baseball diamond, Jake is getting accolades for his writing, notable for its nuanced articulation of a young man’s internal experiences. I’m proud of all three of my boys and so, sure, I’m okay with Jake not playing sports or wanting to be part of a soccer or ultimate frisbee team. But what always mattered to me was that Jake be okay with it. And then one day, not long after I talked with him about finding friends and about talents that showed up on the inside or the outside, something happened that told me he probably was going to be okay with it too:

Jake had come home from school looking a little glum. I asked him if something was the matter.

“We played kickball today at recess,” he replied, and I asked him how it went.

“Well, everyone got mad at me because I missed the ball when Ryan kicked it to me.”

I could see it all clearly in my mind, but all I could think of to say was, “Oh.”

Jake continued. “They made me team captain.”

“Really?” I wondered out loud. I was suspicious.

“Really. But I think they were just messing around because whenever I picked someone to be on my team, he’d say he wasn’t playing anymore, and then the other captain would pick the same kid and he’d say he was playing. I didn’t have anyone on my team, so I just went back inside.” My suspicions were founded.

Later on that night, I noticed Jake lying awake in his bed. We’d said good night over an hour ago.

“Still thinking about the kickball game?”

“Yup. I want to go to sleep but I just keep thinking about it and wishing I’d caught that ball.”

“What do you think would have happened if you had caught it?”

“I think maybe some of them would have wanted to be on my team the next time I picked them.”

I smiled softly and let it go. Soon enough Jake would learn that he could have caught that ball one hundred times over and it still wouldn’t have changed the playground politics.

“Hey, you know what?” I said brightly. “I think this is the perfect time to do your read-something-boring-in-bed-and-see-what-happens routine.”

My son shot up in bed with an enormous smile on his face. “I know!” he called out. “I’ll look around for one of Austin’s Sports Illustrated for Kids— that’ll put me right to sleep!”

How I laughed: a little boy’s perfect private revenge.