Bullying Has a Long History in American Humor and Entertainment 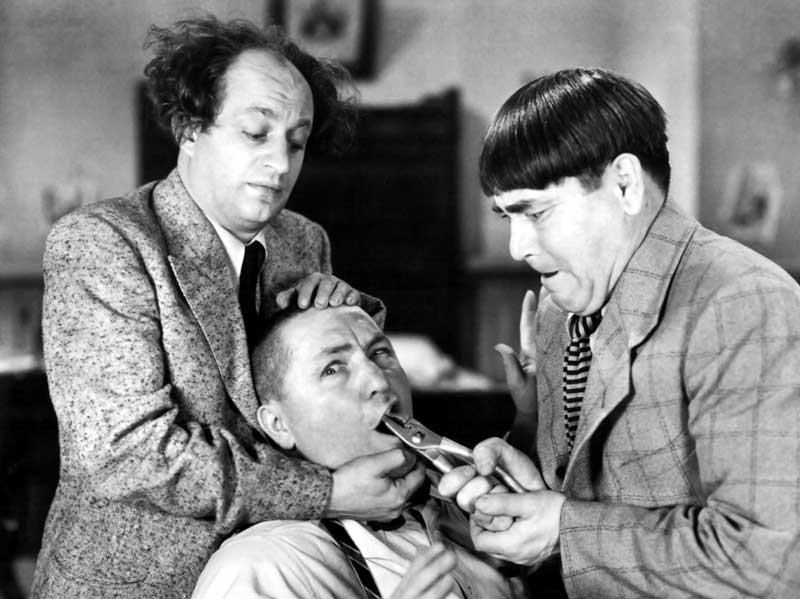 Bullying and cruelty have a long pedigree in American history when it comes to our culture of humor and entertainment. The “Smack-O-Jack” game that my brother and I invented and tormented each other with decades ago was surely born of the countless hours we spent watching those Three Stooges, with their oddly compelling antics.

These days, the aggressive element in humor is more artful but no less cutting; the slapstick of Moe, Curly, and Larry gave way long ago to celebrity roasts, National Lampoon  magazine, crude comedy routines, and sit-coms in which characters relentlessly razz, needle, and bait one another. In less public domains, families learn to ignore the hostile messages beneath each other’s sarcastic quips, while friends acclimate to the myriad of slights that infect their breezy exchanges.

Everywhere around us people are being made to feel smaller or ashamed or resentful, all in the name of “fun.” If we continue to think of bullying as primarily a schoolyard phenomenon, and overlook its seeding in the caustic repartee or controlling humor that dot our many different social dialogues, we will be blind to one of the ways in which our culture insidiously feeds intimidation and various plays of power.  We need to be paying as much attention to this micro level of antagonism as to the macro, where displays of dominance are conspicuous and brazen. Like we’ve all been told, it isn’t funny unless everyone is laughing.