3 Reasons Why Your Teenager Rejects Your Excellent Advice 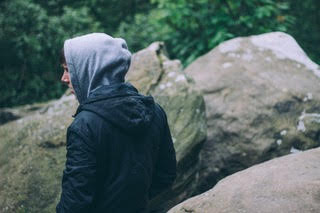 Ever wonder why your teenager takes a pass on your advice? Especially when you know for a fact that it’s really good?

Here are three reasons why teenagers might look elsewhere for solutions or support, or nowhere at all. It can explain those times when they stick with a bad decision even though they know it’s bad, or insist on being right even when it flies in the face of all reason. Are they being difficult or defiant? Probably not. Often they’re just trying to save face after having painted themselves in a corner, or trying to avoid the feeling that they are losing or giving in. I think if we as parents, teachers, and counselors made it easier for children and teenagers to change their minds or reverse course we’d see a lot more flexibility and better decision-making in the kids we love and care about.

Honestly, it is kind of embarrassing to change your behavior or point of view when everyone is watching and waiting for you to do it. Consider the kid whose parents have been trying for months to get him to change his approach to studying for tests. If he continues to insist that his way of doing things is fine or that everyone is over-reacting, he’s stuck with the same old outcome (poor grades, angry parents). If, on the other hand, he does change his habits, it can feel to him as though he is admitting that his old ways were all wrong after all.

Years ago I counseled parents whose son had been refusing to join the family for dinner. The boy couldn’t stand that his dad would always try to turn his concessions into his own personal triumph. I remember saying to the dad that I actually thought his son would appear at the table if he were certain his father wouldn’t do a victory dance across the kitchen floor.

Many adolescents who are already in trouble of some kind are as unhappy and anxious about their situation as their parents are. However, some of them get stuck on that same track because they’ve convinced themselves that suggestions from adults are “contaminated.” If you think your teen might feel this way try saying something like, You know, sometimes I think you actually like my ideas but feel like you can’t use them because I was the one who came up with them first. How come we both can’t like the same idea?

Some kids are so driven to be right they won’t give up a point they’ve been making even when it becomes obvious to them it’s not reasonable. At these times, not being wrong becomes more important than doing the smart thing. It’s a pride thing, and we’ve all been there. Try to empathize with your teen when this happens. Tell him or her a story where you painted yourself into a corner and went down with the ship rather than recant and feel humiliated. Too often parents think it’s their success stories that inspire their kids. Not always. It can be hard for kids to identify with those kinds of stories when they themselves are struggling, so they get defensive and dismissive. A better story is likely to be the one in which your vulnerability shows through, one where your kid can see that you really do get it. They’ll appreciate that you’re not trying to cheerlead them through the predicament, or use the moment to point out their character flaws. That alone paves the way for your teen to admit being wrong the next time it happens.

Kids feel respected when the adults around them appreciate what it means for them to change their behavior when told or instructed to do so. I think many adults overestimate the role of information and advice in influencing change in kids and teens, and underestimate the role of the relationship in creating a context in which it feels safe for a young person to make changes or exit a situation. More often than we realize, the teenagers we are trying to help really do want our help. They just need to know they’re not going to pay a price for accepting it.