Is It Important for All Boys to Play on Sports Teams?

Many parents believe that it’s important for their sons to have experience being a part of a sports team. I wonder, though, if there is such a big qualitative difference between the kind of camaraderie that develops among boys on competitive sports teams and what you find among boys who join other, tightly knit social groups? After all, not all boys like to play sports. 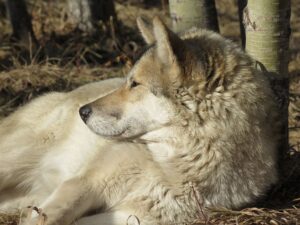 But maybe there is. Maybe there’s something about the physicality of the experience, the risk of injury and collection of war bruises, and the mission of fighting for something together that galvanizes the group in a way that just feels different. It’s what comes to mind when I hear people suggest that a boy who isn’t interested in sports can look toward such activities as debate team in order to experience competition as well as teamwork. It’s a good idea—as long as we’re not pretending that one substitutes for the other. They are different experiences, even different competitive experiences, for different sets of boys.

My three boys go to summer camp for seven weeks and spend five of the days engrossed in Color War, which is nothing but competition and teamwork. All three say it’s their favorite five days of camp, including Jake, my most non-sporty son.. My friend’s kids don’t go to summer camp but, instead, spend a few weeks every year visiting relatives in Spain. They wouldn’t consider trading their time in Spain for somewhere else any more than my kids would consider skipping a year of camp. As a parent, I consider the years that my boys have spent at summer camp to have been not only irreplaceable, but downright indispensable, in terms of their personal growth. But in the parallel universes of other parents’ perspectives, some of the experiences that their kids have had, and mine have not, are the ones deemed indispensable. It doesn’t matter. We all use what we have and what we’re given and make meaning of it later. Experiences are seen as indispensable or irreplaceable only after a person’s had them. Until then, the possibilities for such remain grand, and largely unknowable.

Being part of a sports team may not be able to be replicated in full by other, nonathletic experiences. But it doesn’t have to be.With the exception perhaps of the intense camaraderie, fortified no doubt by physically “conquering” a common enemy, I think that a lot of what sports offer boys is neither limited to athletics nor indispensable. Teamwork and perseverance are a part of any science-fair project, wind ensemble, or group of kids trying to raise money for a good cause. Grace and generosity can be taught in as banal a venue as the grocery store, where we teach our children to wait patiently as a single mother with three restless kids tries to write out a check in between attempts to shepherd her crew. Walking to school, filling water buckets for the animals in the barn, and chopping lumber at a wolf refuge to erect shelters builds strong muscles and lungs, too.

There are so many ways to raise really cool boys.