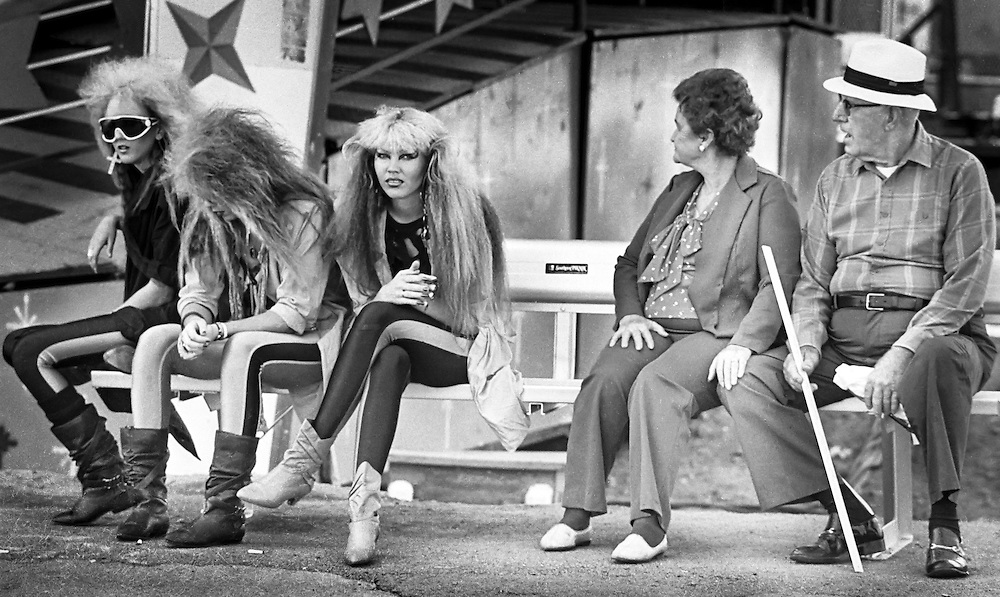 My last post expressed my concern about the way we talk about teenagers in our culture—you know, that kids are just “hard-wired” to be difficult once they reach adolescence, that puberty and all those hormones make them crazy, etc…

I wondered whether we could afford to be this cavalier when so many parents and adolescents struggle to be understood by, and connect with, one another. I wondered too whether this was the narrative we wanted the next generation of parents—our children—to inherit.

Cultural narratives tell stories about a people or a place, or a social or literary movement. The good ones are accurate reflections of the subject at hand, serving as a sort of shorthand for understanding complex phenomena quickly. But there are bad narratives, too. These reflect less the truth about something or someone than they do a collection of beliefs that, for various reasons, have won out the job of representation and carry forward combinations of truths mixed with half-truths, stereotypes, and prejudices. The current narrative we have about teenagers is one of those bad ones. Instead of facilitating understanding and compassion between parents and their children, it creates unnecessary conflict, misunderstanding, isolation, and despair. Here is the first of six ways in which this happens:

An “us” versus “them” mentality grows splendidly in a culture where parents are repeatedly warned that once adolescence hits, their son or daughter isn’t going to want to talk to them, be seen with them, feel close to them, or listen to them. In such a place, antagonism between parents and teens is viewed as something to expect, stuff that all families suffer through, just a part of having kids. NY Times magazine writer Rachel Cusk described the time her two daughters became teenagers when she was bombarded with advisories from friends and acquaintances about how awful the parenting experience was going to become. Don’t worry, you’ll get them back eventually, they said. And, Good luck, or, You have this lovely child, and then one day God replaces it with a monster (“Raising Teenagers: The Mother of All Problems,” 3/19/15).

In the moment, the comments read as funny. But in their wake, they leave a template for parent ~ teen relations that can entrench families in conflict for years. If you’re convinced your teenagers have no interest in speaking with you or listening to you, then you’re probably not going to spend a lot of time trying to make that happen. Why would you bother? However, the truth of the matter is that most teenagers do want to talk with their parents and crave real engagement with them. I sit with teenagers all day long and will say this unequivocally: That despite all the talk about teens wanting to individuate or break free from their parents, what they really want is connection, not separation. Becoming independent doesn’t mean disconnecting from those who have previously been in charge of your life. But our steadfast belief in the idea that teenagers are always trying to get as far away from their parents as possible leaves the door open for parents to see their teenager’s withdrawal from the family or refusal to communicate as a just another mark of healthy adolescence.

I think a more accurate understanding of why adolescents don’t appear to want to engage or talk with their parents is this: It’s not pleasurable for them. For one thing, most parents try to jump start conversations with their kids by asking questions—way too many of them. Never was there a less appealing or less effective way to get your kid to open up. Moreover, a lot of what start as conversations between parents and their kids morph quickly into old familiar lectures, boring monologues, or annoying reprimands. That’s why kids leave the conversation, the room, the relationship—not because they’re teenagers.

In my teaching workshops with therapists who see teenagers, I am always being asked, “How do I get this kid to open up to me?” I tell my audiences that it’s not a good question, not a helpful question. A better way to think about this, I suggest, is to ask yourself, “How can I be credible and compelling enough that this kid actually wants to talk to me?” This changes everything between the two people and keeps therapists from trying too hard to “make” their client talk, which comes off more as a tug of war than authentic conversation. This same dynamic exists between parents and teenagers, and the more a parent shows up in the relationship as credible and genuine, the less they are going to have to fight for every word from their teen.