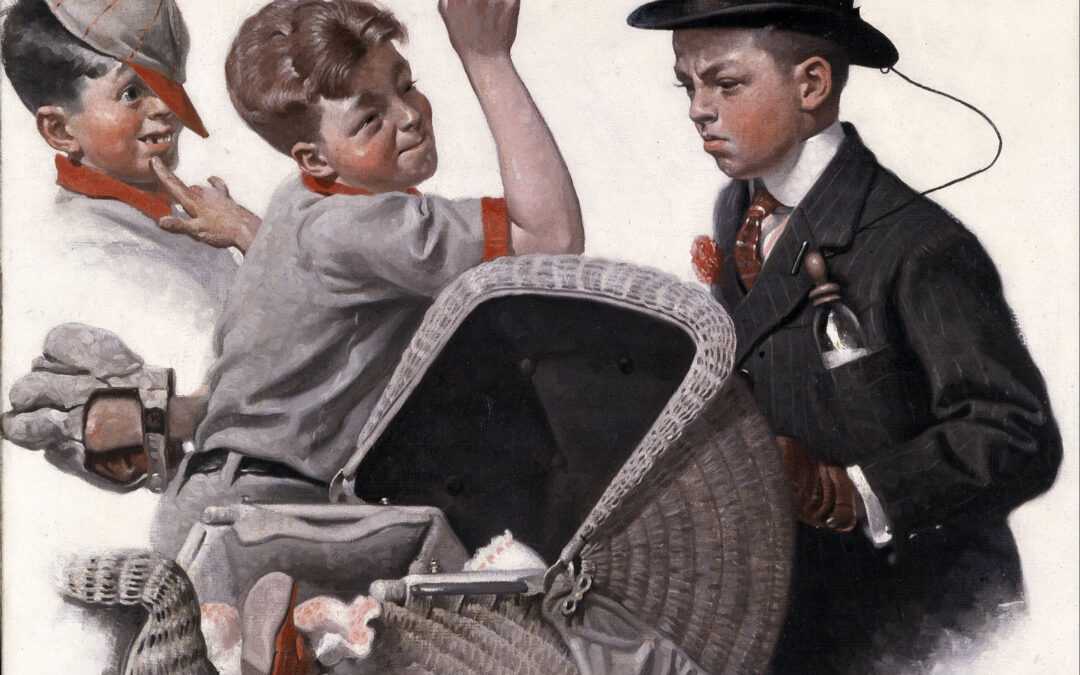 In failing to see the difference between boys, and boys who are behaving badly, we leave room for bad behavior to be seen as just another facet of masculinity instead of as a function of poor mental health, family dysfunction, or poor socialization.

Parents who are enamored with their son’s cleverness or list of accomplishments sometimes don’t see their more unpleasant, arrogant, or immature behavior. Over time, these boys learn to take advantage of their ability to distract parents with their winsome personalities, and use it to gain privileges and favors and, commonly, a level of independence for which they really aren’t ready.

Use the following questions to help differentiate between “boyish” behavior and bad behavior:

1. Would you look at the behavior differently if he were a she?

2. Do you feel as if you were charmed out of responding the way you had wanted to respond?

3. Do the behaviors bother you, even though they may amuse other people?

4. Do the behaviors make your son appear immature?

5. Do your son’s “antics” embarrass you? Are they annoying to other kids or coming at someone’s expense?

6. Do you ever notice adults getting offended?

If you answer yes to any of these questions, use it as a cue that it may be time to revisit  how you see your son’s behaviors or attitudes. Maybe he’s a few years older and what used to be funny or cute isn’t coming off that way any longer. Or maybe you realize that he’s really good at getting you to back off by reminding you how “good” a kid he is, i.e., “Hey, I don’t drink or do drugs. I don’t come home at 3 in the morning stoned… You should be grateful about that rather than getting on my case for making a few jokes at Courtney’s graduation party…”

What to do then? Try opening up a conversation, even if it’s awkward or if you get push back from your son. Consider something along the lines of, “You know, you’ve always been very good at getting away with things you probably shouldn’t have been able to —“boyishly charming” is how some would describe it, but I don’t know that it’s so charming anymore…. As you get older, cute “boyish” behaviors like joking or pushing the envelope turn into just plain bad behaviors… I think it’s something you’ll need to pay attention to.

Some boys will recognize the behavior you’re talking about, and become sheepishly self-conscious, but I’m afraid most will be dismissive or defensive. “What are you even talking about?” is a likely response. Your aim isn’t to be right or make a point or give a lecture about acting more “maturely.” It’s about finding an opportunity to say, You probably need to begin thinking about how you’re showing up in your life… There was a time when people would just let you humor them but as you get older it’s less cute and less funny … just something to think about.

This kind of “soft” suggestion, rather than a hard line lecture, stands a much better chance of influencing teenagers to consider this different point of view. There’s nothing for them to fight, nothing they need to defend against…and so it can reverberate in the air between you without being rejected out of hand. Maybe they think about what you’ve said, maybe they don’t. But you’ve opened up a conversation about how they present to others and about their character and the quality of their relationships, and that will remain a terrific platform to which you can gently return time and again.